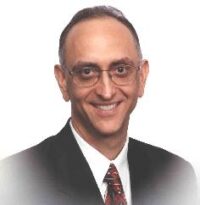 I also had the enormous privilege of being exposed to Dr.  Talley from North Carolina, a rural family physician who pioneered treating psychiatric problems as medical ones in a primary care setting.  When Prozac came out in 1987, for the first time depressed patients couldn’t kill themselves with their antidepressant medication.  Side effects were less of a problem as well.  Patients taking Prozac said some surprising remarks such as “I no longer fight with my kids” and “my body doesn’t feel empty any more.”

A very difficult woman was referred by me to a psychologist, who said “what do you expect, she’s a borderline.” I had never heard of the BPD before, the diagnoses was first established while I was finishing my residency.  We had basically been taught that personality disorders shouldn’t even be diagnosed since there was nothing you could do about them.  When I read about the BPD, I realized it was a medical disorder masquerading as an emotional one.  Prozac was bringing miracles to the lives of borderlines.  I did some medical research, particularly the work of Dr.  Rex Cowdry at NIMH, and found their research to work in the “real world.” Patients were getting better taking the right combination of medications.

At the time, there was nothing for BPD patients to read, and my patients convinced me to write a book about it.  My book “Life at the Border: Understanding and Recovering from the Borderline Personality Disorder” was placed on the NIMH recommended reading list and in their reference library.  The life changing successes were extremely rewarding.  Ways to change negative thought patterns were developed.

I began running seminars and support groups, eventually running three 6 week intensive outpatient treatment programs – the third with some very impressive data.  My work was noticed nationally, and in 1992 a “Geraldo” program was dedicated to the BPD and how recovery was possible.  There were over 10,000 phone call responses in the first 24 hours after the show aired.

I’ve had the enormous pleasure and honor of working with a therapist, Mary Sales, who shares my interest and concern for those suffering from the BPD.  She was very skeptical at first, and was particularly interested in what family members had to say.  I ran a free weekly support group for patients and their loved ones for 3.5 years.

I’ve also been involved with legal issues, particularly murder trials, involving those with the BPD and similar epilepsy problems.  I have been ruled a mental health expert in court.

Due to crime problems – particularly in the schools, I sold my practice and moved to the rural community of Okeechobee (1.5 hours away from my old office).  My practice is very busy.  I have treated over 3000 borderlines.  The great news is those who want to be happy and successful now have that opportunity.  I do not have the BPD, or any of the “biological unhappiness” disorders.

Like all of us, I have been hurt because of the disorders.  In many ways our society is falling apart because of these problems.  Our jails are getting progressively filled, yet the problems seem to worsen.  New approaches are needed, and I am trying to make a difference.

I have written a second book, “Biological Unhappiness,” which has just been released.  It combines 10 years of treating borderlines with a strong emphasis on all the biologically based “psych” illnesses.  There is surprising information about how children are affected – with rare exception children have adult “disorders” that often present differently.  This book discusses how to recover from anything that happens to you, and includes more than just the medication.

Medication is a platform that allows people to recover, but by itself medication is never the complete answer.  I am a family physician, with a different perspective on how the neuropsych disorders occur and how they can be treated – particularly by seeing other members of the family (which shows how patterns continue through the generations), by seeing these patients for reasons other than their mental health problems, and by seeing how their medical problems are affected by their psychiatric diagnoses and vice versa.

My practice is in many ways similar to most family physicians, with the exception that I also do a great deal of work with disorders causing biological unhappiness, chronic fatigue, fibromyalgia, preventive medicine, and reversing diabetes (particularly taking patients off insulin with diet and exercise).  I also have a interest in “alternative medicine.”

One of the great honors I’ve had treating the causes of “biological unhappiness” – particularly the BPD – has been working with the courageous people who are recovering.  Many are now leading productive, loving lives – patients who were once told there was no hope.  So many patients have gone out of their way to help others, and continue to do so.  When people are in pain, particularly borderlines, they often believe that there is no hope.  Knowing that someone has come up from where they are can sometimes make all the difference.  As John Maxwell says “When there is hope for the future, there is power in the present.”

Dr. Heller will regularly answer questions regarding the Borderline Personality Disorder and other biological causes of unhappiness. Please search, look at the FAQ and the archives PRIOR to submitting a question.

Unfortunately, Dr. Heller is not able to answer every question, but will answer questions that can be helpful to many readers. Please be concise. Long questions cannot be answered.

Please email your question to Dr. Heller at: BUaskDoc@Yahoo.com

Get to Know Our Office

Get to Know Our Office